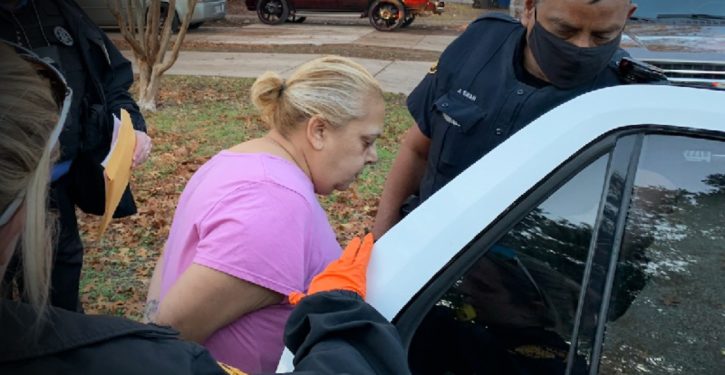 [Ed. – So it begins. How many more like her are there out there?]

Rodriguez was exposed in a Project Veritas video last fall while she engaged in vote harvesting leading up to the 2020 election. The Election Fraud Division of the Office of the Attorney General reviewed dozens of hours of unedited, raw footage, which led to this arrest.

Rodriguez acknowledged on video that what she was doing is illegal and that she could go to jail for it. If convicted, Rodriguez could face up to 20 years in prison.

“Many continue to claim that there’s no such thing as election fraud. We’ve always known that such a claim is false and misleading, and today we have additional hard evidence.”…