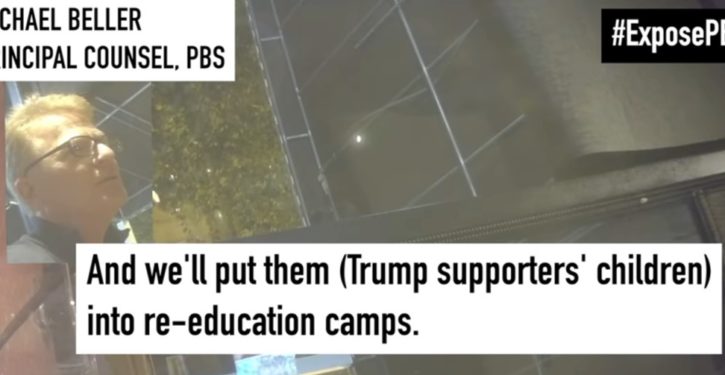 Project Veritas released a sting video Tuesday where a man — identified by the independent media org as Michael Beller, principal counsel at PBS — says on video that the children of supporters of President Donald Trump should be seized and placed in “re-education camps.”

“Even if Biden wins, we go for all the Republican voters, and Homeland Security will take their children away, and we’ll put [Trump supporters’ children] into re-education camps,” the man, identified as Beller in the undated video, says.

Trump’s supporters are raising “horrible children” that will become “horrible people,” he continues.

“Kids who are growing up, knowing nothing but Trump, [Trump supporters] will be raising a generation of intolerant horrible people, horrible kids.”

The individual in the video derides Americans as “f*cking dumb” before he praises Washington, D.C. — one of the most left-wing and partisan Democrat cities in America — as populated by “educated” residents.