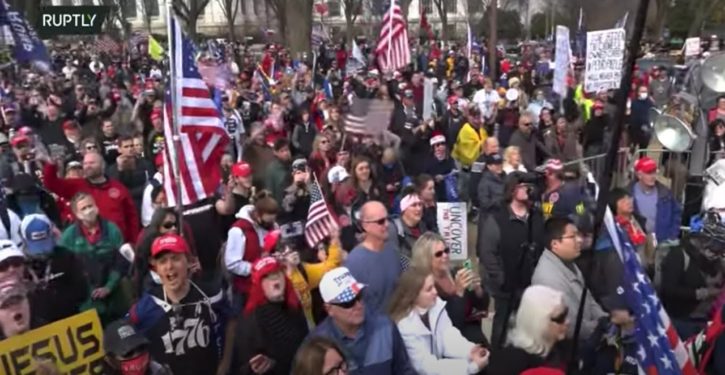 [Ed. – Is this guilt by association — i.e., they were in D.C. to show support for the president — or are they among the 120 people who are facing criminal charges for their party in the really?]

Nearly 30 teachers in Jefferson County, West Virginia that attended the rally at the Capital [sic] in Washington DC on Wednesday are now being threatened with termination.

The Jefferson County Republican Executive Committee released a statement about Dr. Gibson‘s letter. They say it is a threatening letter that is attack on our liberties. The JCREC is requesting that Dr. Gibson be suspended pending an investigation of her actions. …