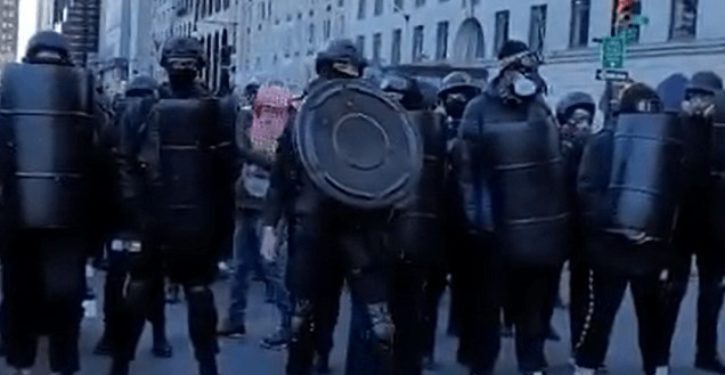 A large group of Antifa and Black Lives Matter demonstrators wearing black bloc and carrying shields marched in the streets of Manhattan on Sunday. While the group remained mostly peaceful, a female social-media journalist came under attack for “supporting Trump.”

A group of about 25 demonstrators wearing black bloc and carrying defensive shields formed up in an intersection in Manhattan to begin a march to Times Square, independent journalist Andy Ngo revealed in a video from journalist Dean Moses.

Social-media journalist Tara Szczepanski reported being assaulted by some from the rally. She reported having an egg smashed on the back of her head.

Marco Rubio: The Left is using the Capitol riot as ‘an opportunity to destroy the Right’
Next Post
Dem Illinois gov to divert federal COVID relief checks to fill state budget deficit