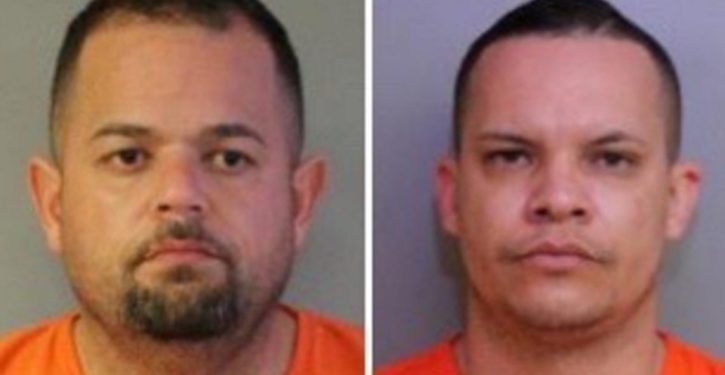 Two Polk County men are in jail on charges that they desecrated graves and stole remains of veterans from a Mount Dora graveyard to use in religious rituals.

DNA evidence from a cigar led authorities to Tolentino, who then also named Burgos-Lopez as an accomplice, the Sheriff’s Office said.

The thefts occurred on Dec. 6 at Edgewood Cemetery in Mount Dora.

Detectives said the suspects told them they use the human remains in their religion, Palo Mayombe, and that they they chose the graves of veterans because their religion demands that the remains be from those that have “done something heroic.”