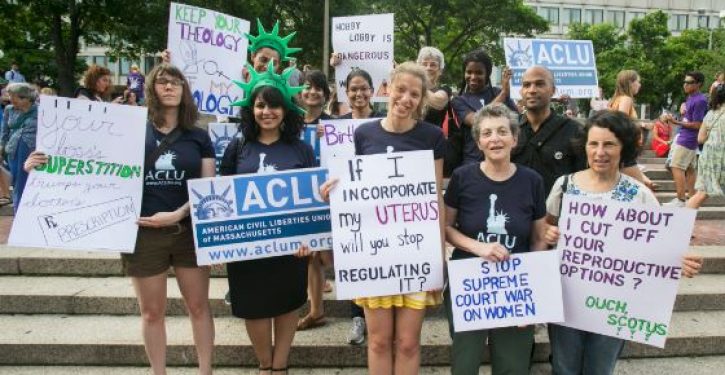 Give the American Civil Liberties Union at least some credit for grasping the slipper slopes here, even if they get tangled up on expressing their dangers. Oh, the ACLU understands why Twitter banned Donald Trump and hundreds or thousands of his followers, and they even sympathize with it. But they warn that the precedent of having megaplatforms decide who can enter the political debate — and even whether a president can do so — will have some very uncomfortable ramifications for lesser mortals for whom the First Amendment was written.

The New York Times’ Eric Lipton notices that the ACLU seems to be having difficulty with their argument, however:

ACLU struggling here on this one….this is American Civil Liberties Union after all. pic.twitter.com/mWFOWJPwon