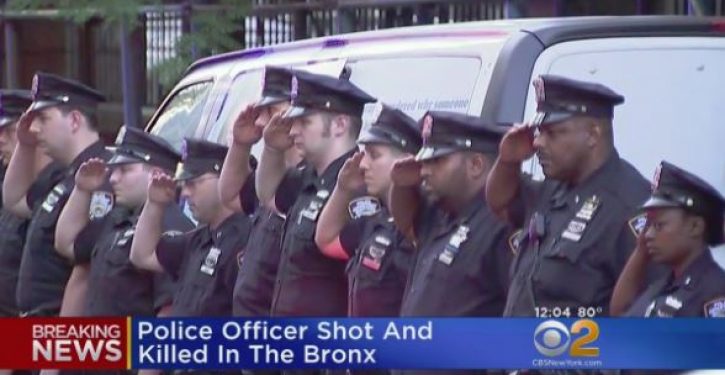 [Ed. – So that de Blasio policy of going soft on crime is working out really well.]

Shootings and murders skyrocketed in 2020 throughout the Big Apple, the NYPD said as it released year-end crime data late Wednesday.

The city watched violence cut through all five boroughs in 2020, sometimes taking down innocent victims in crimes that shocked the city, such as the shooting of 1-year-old Davell Gardner, who was killed at a Brooklyn barbecue in July.