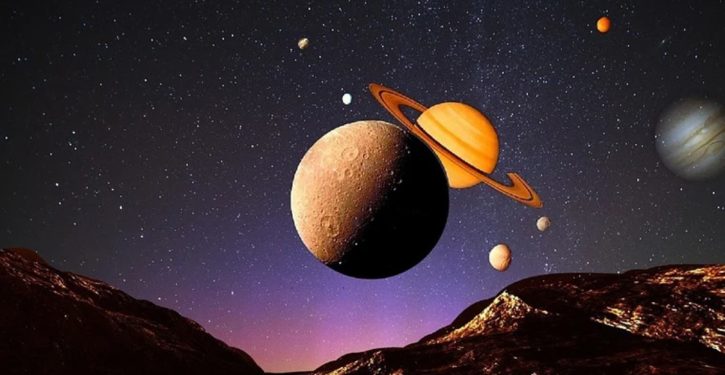 [Ed. – Our faults still lie not in our stars but in ourselves.  It does feel, however, like the manifestations of the cosmos have been extra sassy of late.]

Last month, Jupiter and Saturn treated skywatchers to a spectacular, once-in-a-lifetime “great conjunction,” when they were closer in the night sky than they had been since medieval times. Now, as our solar system’s two largest planets continue to drift apart, they will be joined by a third — Mercury — forming a rare three-planet conjunction.

A triple conjunction is traditionally defined as two planets meeting each other three times in a short timeframe but NASA has also used the term to refer to three planets meeting. A planetary trio is defined by planets within a circle with a diameter less than 5 degrees in width — which can be visualized as three fingers held together at an arm’s length, according to EarthSky. …

“From Friday evening to Monday evening, the planet Mercury will appear to pass first by Saturn and then by Jupiter as it shifts away from the horizon, visible each evening low in the west-southwest and setting before evening twilight ends,” NASA said.