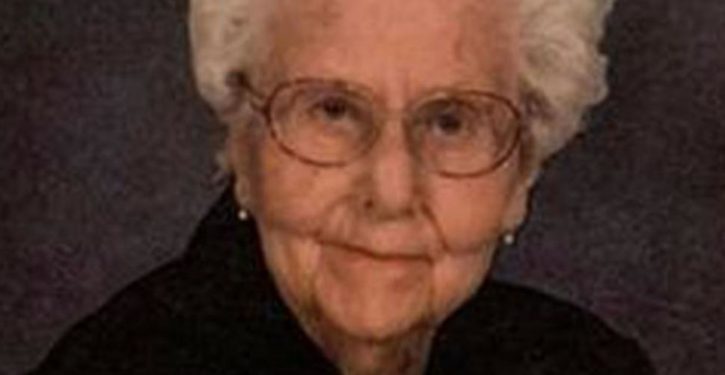 Jackson was only 17 when she married James Bolin, a 93-year-old widower who served as a private in the 14th Missouri Cavalry through the end of the Civil War. Jackson, who was one of 10 children, helped care for Bolin and assisted him with daily chores after school, an arrangement that was made by Jackson’s father. After a period of time, Bolin asked for Jackson’s hand in marriage, as a way to provide for her future, according to the Missouri Cherry Blossom Festival.

On Sept. 4, 1936, the couple married in front of a few witnesses in Niangua, Missouri. Bolin said that the marriage would be on her terms, which included keeping her last name living on her family farm with her immediate family, the website said.