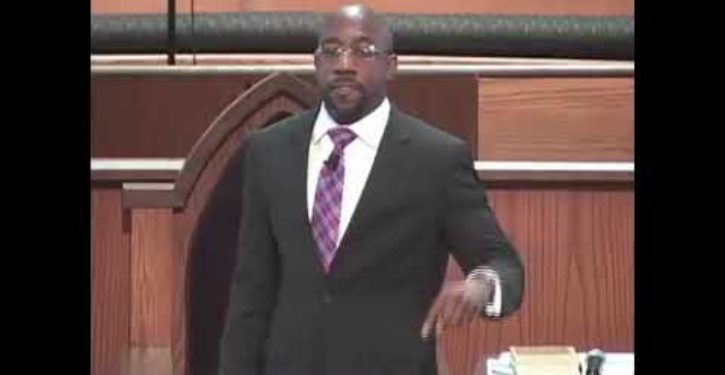 Presidents usually pick Supreme Court Justices without consulting senators in advance. But local judges — like federal district court judges, who preside over criminal and civil trials — are a different matter. Senators have a lot of input about who gets appointed in their own state. Presidents tend to pick trial judges who are supported by senators in that state, and if a senator objects to an appointment, he can block it by submitting a “blue slip.”

The election tomorrow in Georgia matters a lot, because the Democrats running for the Senate in Georgia — Raphael Warnock and Jon Ossoff — will pick federal judges who are soft on crime. By giving the Democrats control of the Senate, they will also make it easier to confirm left-wing judges to the Supreme Court and to federal appeals courts across the country.

Nobody in the U.S. Senate is more hostile to the police or the need to keep dangerous offenders in prison than Georgia Democratic Senate candidate Raphael Warnock. A Warnock campaign director says Warnock “absolutely” supports defunding the police, and that “most of them are bad.” While Warnock has not publicly called for defunding the police, his campaign staff said he “absolutely” would defund “these suckers in blue” in undercover video released this week.

Warnock is a left-wing radical. So if he is elected, he will recommend the appointment of radical left-wing judges in Georgia. Those judges will find excuses to release violent criminals from prison. Even after a criminal has been convicted and sentenced by a state court and had his sentence upheld by the Georgia Supreme Court, he can still get out of jail if he convinces a federal judge to grant him a writ of habeas corpus. For example, a judge appointed at Warnock’s behest could release a criminal from jail by arguing that the criminal was denied a fair trial merely by being tried in a courtroom where portraits of white judges hung.

Having white portraits hanging in a courtroom is a ridiculous reason to overturn a criminal conviction, because it does not deprive anyone of a fair trial. But a liberal judge in Fairfax, Va. recently accepted this sort of argument. He ordered the removal of portraits of past judges from a courtroom, just because they were “overwhelmingly” white. He declared in a ruling last month that their mere presence would violate a black defendant’s rights to a fair trial, because 45 of the 47 judges shown in the portraits were white, which he thought made them “symbols” that African-Americans are “of lesser standing” in the eyes of the legal system. The fact that this ruling was downright silly did not keep it from being praised by the editorial board of the Washington Post.

Releasing dangerous criminals increases the crime rate, both by freeing the particular offender being released to commit crimes again and by reducing disincentives to commit crime in the first place. That reduces the deterrent effect of the criminal justice system.

At least five cases of child abuse occurred at a youth camp that used to be run by Raphael Warnock. The Washington Free Beacon reported that Warnock’s camp committed “multiple health and safety violations.” The New York Post chronicled one of those instances of child abuse at this link.

Warnock has said many anti-American things in the past. He claimed our country’s human rights record is worse than that of China and Iran, which torture and murder dissidents and oppress ethnic and religious minority groups. His church in New York City hosted the Communist Cuban dictator Fidel Castro and called him “one of the great leaders of the world.” Warnock has also labeled Israel an apartheid state. 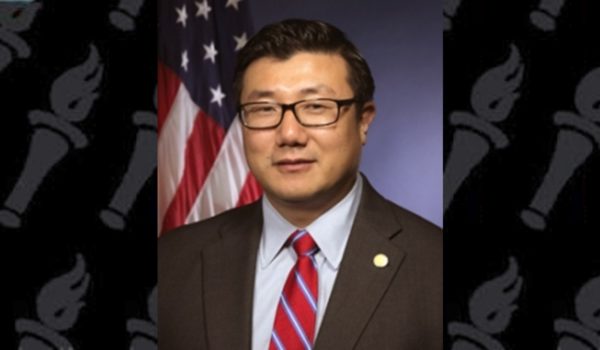