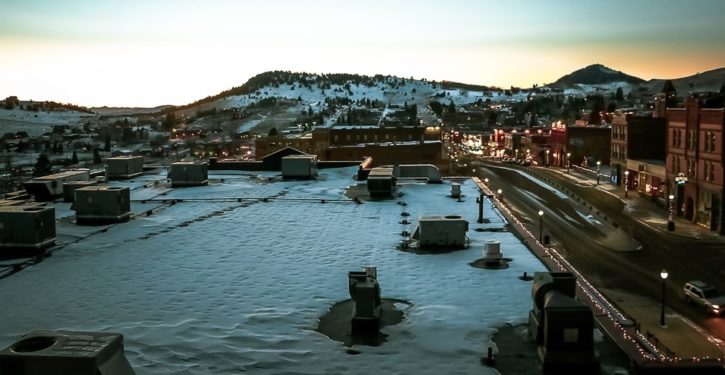 Baby, it's cold inside. Aspen in winter. Pixabay

This is another reminder of the velvet gloves with which the authorities handle lefty terrorists. We don’t even need to go back to the Weathermen whose members got a pass and jobs in the cultural establishment.

Here’s a recent ecoterrorist attack which left thousands of people in the cold with no heat.

The city of Aspen entered a local state of emergency on Tuesday following a natural gas outage reportedly caused by vandalism. …

The outages come after three Black Hills Energy natural gas sites in the area were vandalized on Sunday, two of which included references to the radical environmental advocacy group “Earth First,” The Aspen Times reported. …

[A]uthorities are quickly running away from any harsh language despite the misery caused by the ecoterrorist attack. …