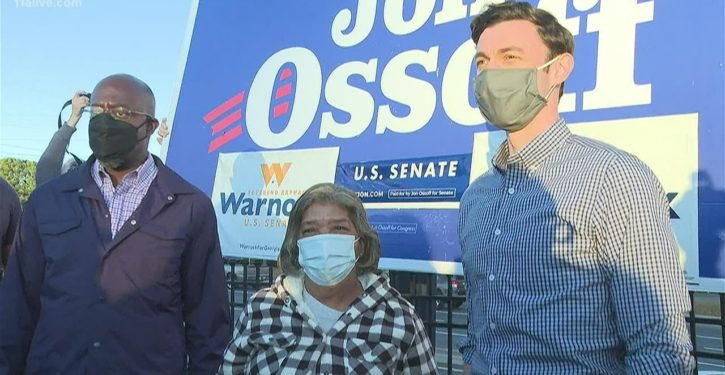 Eight days out from Election Day in Georgia’s crucial Senate runoff races, Democratic candidates Jon Ossoff and Raphael Warnock are “sounding the alarm” about their ability to keep pace with GOP spending, calling for a “significant increase” in grassroots donations to prevent running out of money.

“To win this election in 8 days, we need to continue our historic efforts to turn out every single voter — but we won’t be able to do that if our fundraising revenue continues to fall,” Warnock campaign manager Jerid Kurtz and Ossoff campaign manager Ellen Foster wrote in a memo obtained by NBC News.

According to financial disclosure forms, Warnock and Ossoff both raised more than $100 million over the past two months, outraising their Republican opponents, Sens. David Perdue and Kelly Loeffler, by a significant margin. But GOP outside groups are outspending Democratic groups.