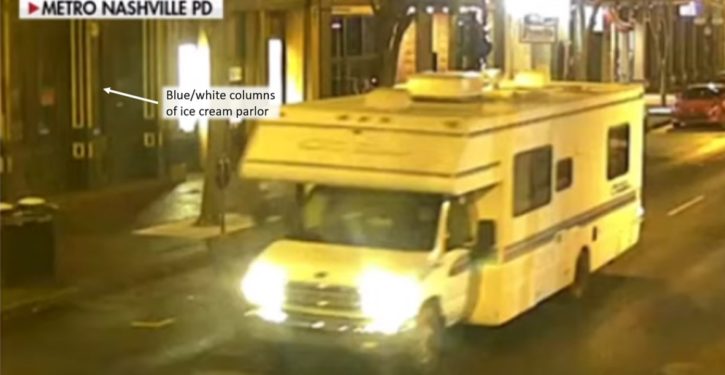 [Ed. – Whether he’s supposed to be “the” perp, now thought to possibly have died in the blast, or an accomplice, the profile here continues to be out of pattern for any known narrative.  CNN on Saturday said authorities are now thinking this was a suicide bombing. Not to sugar-coat it: that’s idiotic.  The main focus given all the other circumstances should be that the bomb went off next to the AT&T building, and there’s no way this was brought off by one person acting alone.]

Law enforcement officials in Nashville, Tenn., on Saturday evening were searching the home of a 63-year-old male who is reportedly a person of interest in the city’s Christmas Day bombing that injured at least three.

Authorities were searching the home of Anthony Quinn Warner in Antioch, a suburb several miles southeast of downtown Nashville where the bombing occurred Friday. …

Officials at the Antioch home were observed bringing out several bags of evidence on Saturday evening, according to reports.