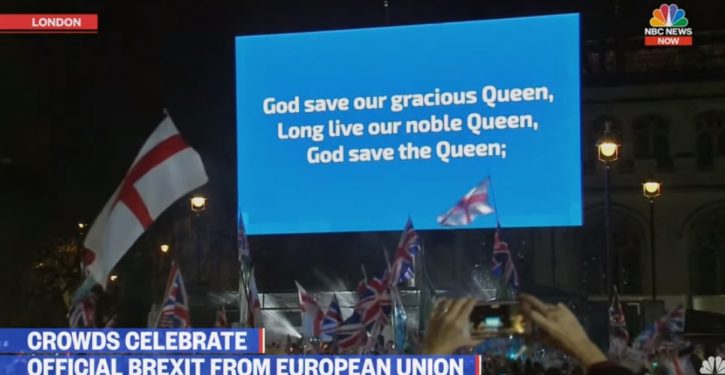 [Ed. – It’s a limited accord.  The verdict on the character of the Brexit that kicks in with the New Year seems to be: semi-hard.  Congratulations to our cousins across the pond.  The Reuters report is head-shakingly biased (against Brexit).  They’re not even trying to sound balanced or neutral anymore.]

Britain clinched a narrow Brexit trade deal with the European Union on Thursday, just seven days before it exits one of the world’s biggest trading blocs in its most significant global shift since the loss of empire.

The deal, agreed more than four years after Britain voted to leave the bloc by a slim margin, offers a way out of a chaotic finale to a divorce that has shaken the 70-year project to forge European unity from the ruins of World War Two.

The UK formally left the EU on Jan. 31 but has since been in a transition period under which rules on trade, travel and business remained unchanged until the end of this year.

Chris Cuomo: If Trump attends inauguration, Biden ‘should point at his ass’ and say this
Next Post
Reputed ‘smartest man in the world’ believes U.S. election was stolen