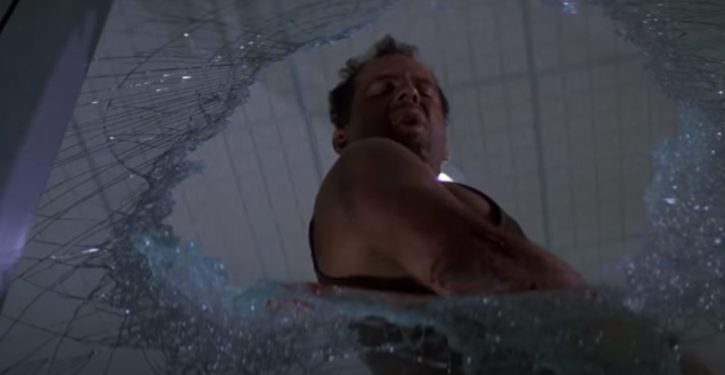 "Welcome to the party, pal!"

[Ed. – John McTiernan says it’s an anti-capitalist Christmas movie.  But since what the movie opposes its moral premises to isn’t capitalism — it’s cronyism, corruption, criminality — he’s basically a guy who knows how to direct a fun flick but couldn’t “capital” his way out of a paper bag.  Capital is what little guys invest to grow something beyond a subsistence job for themselves.  Anyway, Ed M. makes this a fun read.]

I went to Joel. And I said, ‘Okay, if you want me to make this terrorist movie, I want to make it where the hero in the first scene when the limo driver apologizes that he’s never been in a limo before,” he said. “The hero says it’s alright. I’ve never ridden in a limo before. Okay, working class hero.”

“And Joel understood what I meant … And there was a joy in it. Because we were, we’ve had changed the content. And that is how ‘Die Hard’ became, we hadn’t intended it to be a Christmas movie, but the joy that came from it is what turned it into a Christmas movie. And that’s really the best I can tell you about it.”