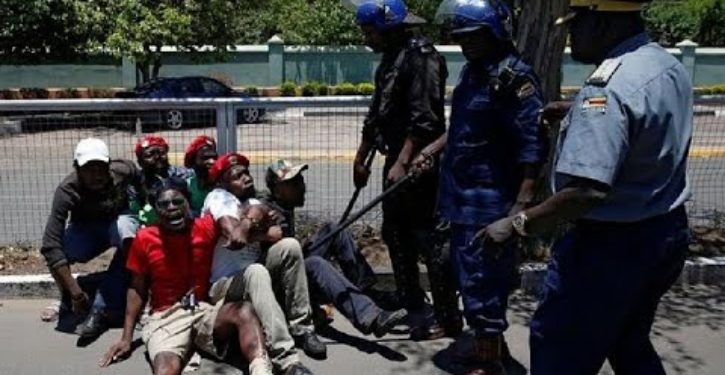 [Ed. – Maybe they should defund the police. It’s working wonders in Minneapolis.]

The study highlights abuses women face in communities rich in diamond mines, concluding Zanu-PF officials allowed torture, rape, killings, forced displacement, and other human rights violations to establish control of local mines and enrich themselves with diamond profits. Multiple women quoted in the study described being attacked by large dogs, threatened with sexual violence, and witnessing security officials bet on which local women each would later attempt to rape.

Zimbabwe’s Centre for Natural Resource Governance (CNRG), a research and advocacy group, in conjunction with several other groups published the study this week, titled, “Guns, Power, and Politics: Extractives and Violence against Women in Zimbabwe.”