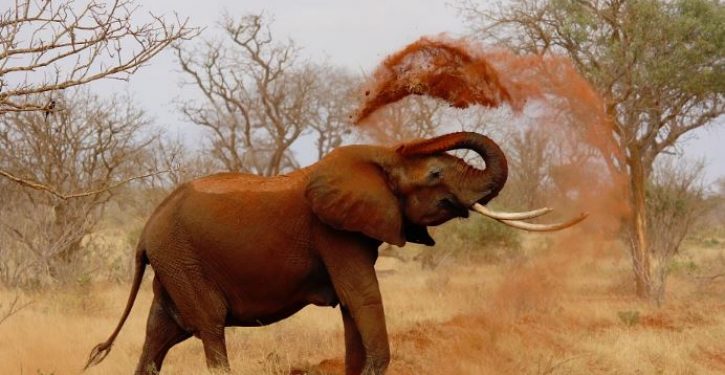 [Ed. – Just a boring old prosaic point: unless animals have moral accountability, they can’t have “rights.”  Their treatment by humans is a matter of human obligation, not animal “rights.”  The day you can punish an animal via the courts for committing a crime against another animal – that’s the day we can start talking meaningfully about animals having “rights.”]

An appellate court on Thursday upheld a lower court’s ruling dismissing a petition from an animal rights group for an elephant in the Bronx Zoo to get human-like rights and be moved to a sanctuary.

The Nonhuman Rights Project had said Happy the elephant was “unlawfully imprisoned” at the Bronx Zoo, where she has been for more than 40 years. A judge in February, ruling against the petition, said New York state courts have ruled that animals are not legally “persons.”

The appeals court ruling agreed with that decision and said, “a judicial determination that species other than homo sapiens are ‘persons’ for some juridical purposes, and therefore have certain rights, would lead to a labyrinth of questions that common-law processes are ill-equipped to answer.”