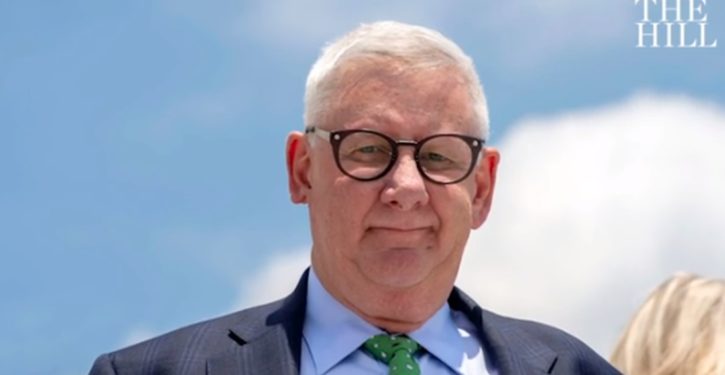 [Ed. – Oh, and he’s leaving office this month too.  Don’t let the screen door hit you where the good Lord split you, dude.]

Rep. Paul Mitchell of Michigan announced in a letter on Monday that he was leaving the GOP, citing President Trump’s actions after the Nov. 3 election as the reason.

In a letter addressed to Republican National Committee Chairwoman Ronna McDaniel and House Minority Leader Kevin McCarthy (R-Calif.), obtained by CNN, he explained his decision to leave his party despite years of support.

Mitchell expressed his belief that politicians, including the president, must be willing to accept the outcome of elections whether they win or lose.

Rep. Paul Mitchell, who is retiring at the end of his term in a couple weeks, announces on CNN that he is switching from the Republican Party to Independent.

"This party has to stand up for democracy first, for our constitution first, and not polical considerations." pic.twitter.com/YcbJKHGUEy