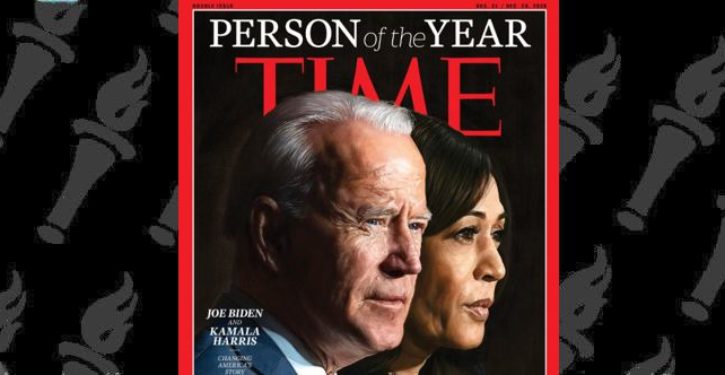 [Ed. – They could have also named the front line in the fight against COVID, but that would have been asking too much.]

The two made history on November 7 when they beat Donald Trump in a bitter election that put him in a small club of presidents who served only one term. Harris on that day became the country’s first female, first Black and first South Asian vice president-elect.

“For changing the American story, for showing that the forces of empathy are greater than the furies of division, for sharing a vision of healing in a grieving world, Joe Biden and Kamala Harris are TIME’s 2020 Person of the Year,” wrote Time editor-in-chief Edward Felsenthal.

Zoom CEO Eric Yuan was named Businessperson of the Year. The video chat service spiked in popularity amid a health crisis that forced people to work and learn from home.