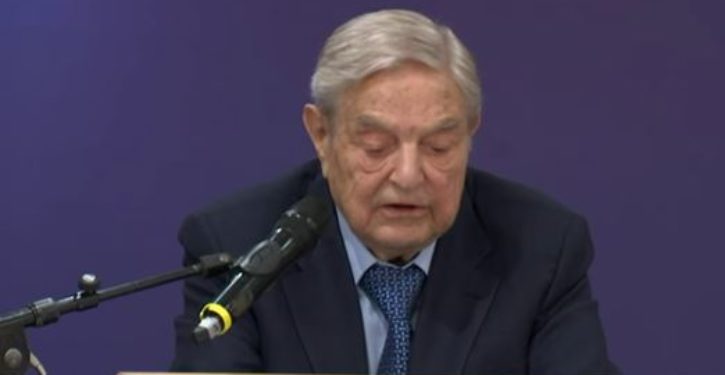 [Ed. – Mark Malloch-Brown has been a close associate of George Soros for decades, as readers know.  Reportedly, the current OSF president, Patrick Gaspard, is being considered for the Labor position in a Biden cabinet.]

It’s almost as if George Soros was patting his faithful servant on the head for a job well done, and as a reward, putting him in charge of much bigger things. …

[W]e… know that Malloch-Brown loathes the American people and would now be in a position to push the Soros chaos button to create more trouble.

And what did Malloch-Brown do to merit such a reward? Try the fact that he served as the Smartmatic chairman, the company whose technology found its way first into Sequoia Systems, and then when that company drew scrutiny from regulators, got sold, eventually making its way to Dominion Voting Systems.

Smartmatic technology created chaos in every election it’s ever been in, as investigative reporter Alek Boyd has observed.