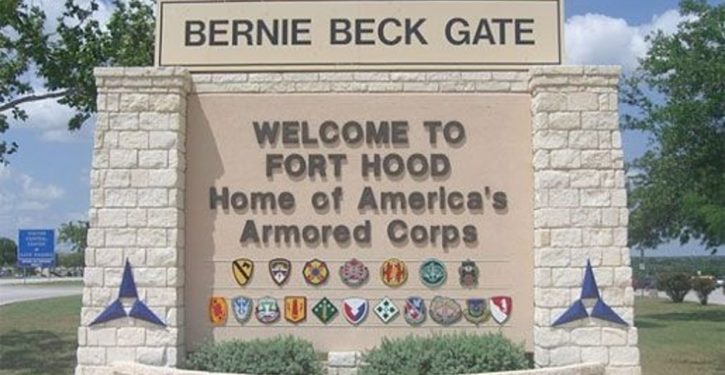 [Ed. – As with the firings of senior officers after the Pacific Fleet warship collisions a few years ago, the Trump military doesn’t monkey around on this stuff.]

The Army on Tuesday said it has fired or suspended 14 officers and enlisted soldiers at Fort Hood, Texas, and ordered policy changes to address chronic failures of leadership that contributed to a widespread pattern of violence, including murder, sexual assault and harassment.

In a sweeping condemnation of Fort Hood’s command hierarchy, Army Secretary Ryan McCarthy fired three top commanders and suspended two others pending a further investigation. He also ordered a separate probe into staffing and procedures at the base’s Criminal Investigation Command unit, which is responsible for investigating crimes on Fort Hood.

The actions come after a year that saw at least 25 soldiers assigned to Fort Hood die due to suicide, homicide or accidents, including the bludgeoning death of Spc. Vanessa Guillen. Guillen was missing for about two months before her remains were found.