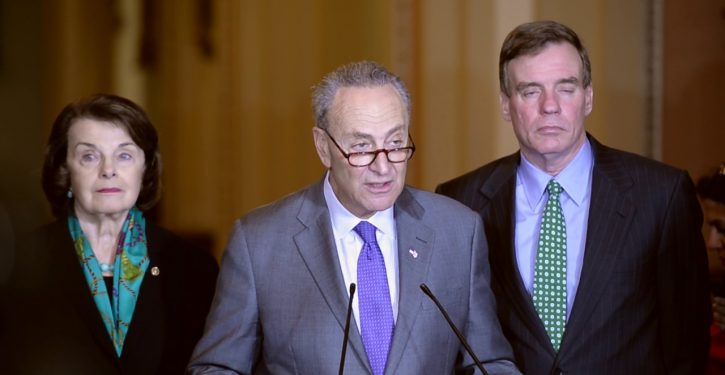 [Ed. – One of the few things Democrats excel at is shifting blame.]

During a recent call with donors, Schumer lamented that Cunningham “couldn’t keep his zipper up” and got entangled in an adulterous sexting scandal, according to knowledgable sources who spoke with Axios. Cunningham had been expected to seize the Senate seat from Sen. Thom Tillis (R-NC), who ended up keeping it by a narrow margin.

As The Daily Wire reported of the Cunningham scandal:

Calls for an investigation into North Carolina Democrat Senate nominee Cal Cunningham are growing after an FEC complaint filed by a watchdog group called into question his use of campaign funds and after he admitted to a sex scandal.

Adam Schiff, who championed the Mueller probe, opposes Durham appointment
Next Post
Making sure that only real votes count