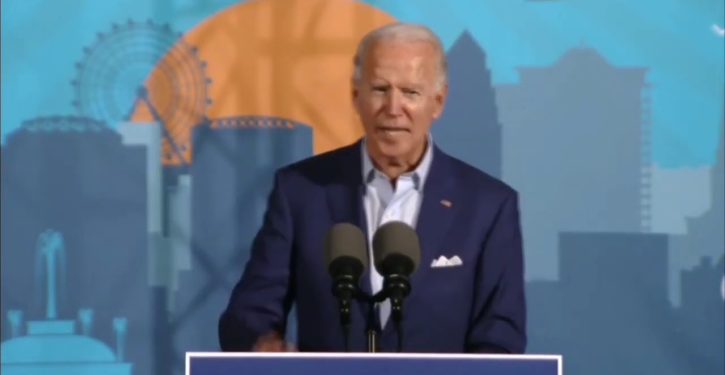 [Ed. – He spent too much time in Obama’s shadow to not want to undo all the ‘damage’ Trump did, especially in the foreign policy realm. Which is to say expect him to reinvigorate the Iran peace talks, even if it means forking over more palettes of cash.]

Will Joe Biden and his foreign-policy team accept the extraordinary gift Team Trump is leaving for them under the Christmas tree — or is their hatred for the president so all-consuming that they will toss it in the garbage?

I’m talking about the Abraham Accords, peace deals between Israel and various Arab states — the United Arab Emirates, Bahrain, Sudan — that have sought the Jewish state’s destruction since its founding in 1948. Normalization has proceeded so quickly, Dubai already has a kosher restaurant, and its supermarkets are stocking Israeli agricultural products festooned with Stars of David — a science-fictional sight only a year ago.

Over the weekend, Prime Minister Benjamin Netanyahu met with Crown Prince Mohammad bin Salman — the first face-to-face contact we know about between leaders of Israel and Saudi Arabia.