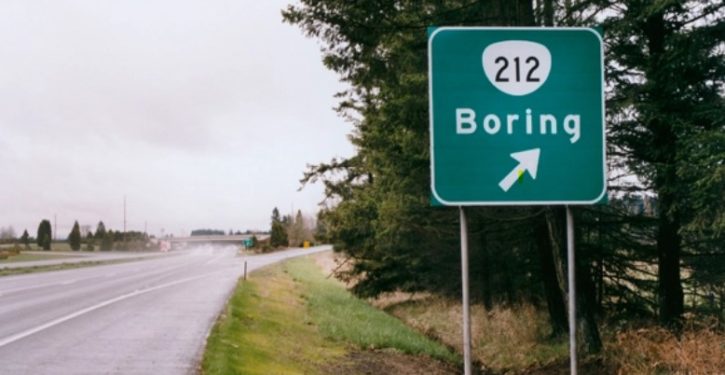 Sign directing drivers to a self-critiquing city in Maryland.

[Ed. – It would have been better if they swapped out one profanity for another. No word, meantime, on whether Finland will outlaw the word kamala, which translates to “horrible.”]

An Austrian village with the unfortunate name of Fucking has had enough of the mockery and will change its name to Fugging, local leaders said Thursday.

The tiny village north of Salzburg, with a population of just over 100, has become something of an attraction because of its name, with road signs regularly stolen. According to Kurier, annoyed locals tried to stop this from happening by encasing the bottom of the signs in concrete.

It’s been a long-running problem. According to a Daily Mirror article from back in 2012, locals often “disturbed naked couples romping in front of the signs.”…

How much of a difference in the 2020 election did media coverage make? Crunching the numbers
Next Post
Trump’s attack on the election will cause lasting damage