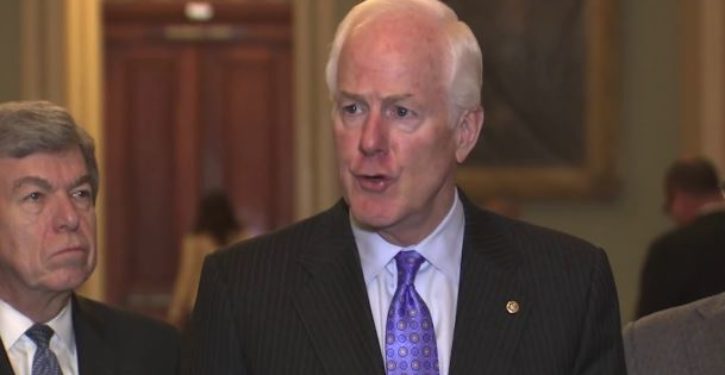 [Ed. – Tired of taking names on this stuff, but here you go.  There are more.]

Most Republicans have been reluctant to contradict Trump’s claim that he can still hold the White House, but there’s been a steady trickle of GOP lawmakers defecting from Trump’s false contention that he was robbed by fraudsters. After Trump tweeted Monday. …

Sen. John Cornyn (R-Texas) said Trump can and should continue his legal challenges but has “every confidence on Jan. 20 we’re going to inaugurate a president. And it will probably be Joe Biden.”

“It grows increasingly unlikely that a remedy would involve overturning the election,” said Sen. Kevin Cramer (R-N.D.), who said he nonetheless supports Trump’s goals of exposing even small cases of malfeasance on ballots.  …

Marco Rubio (R-Fla.), the chair of the Senate Intelligence Committee, referred to Biden as the president-elect unprompted, saying “that’s what the results, the preliminary results, seem to indicate, and we certainly have to anticipate that that’s the highest likelihood at this point.”