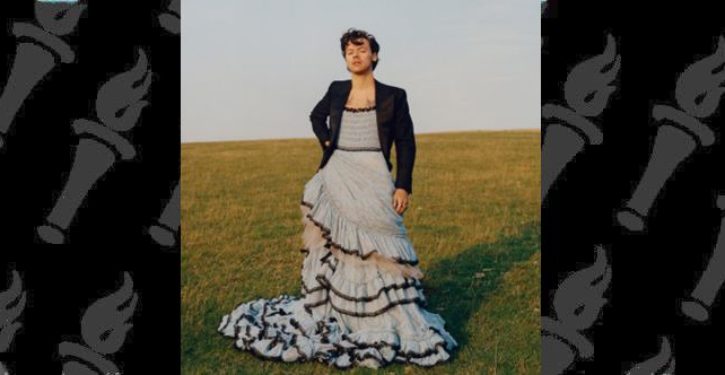 Singer Harry Styles all dressed up but with no place to go.

He’s dragging the patriarchy down.

“There is no society that can survive without strong men,” Owens, 31, wrote on Twitter in response to the photos of Styles, who, with the cover, became Vogue’s first solo male cover star. “The East knows this. In the west, the steady feminization of our men at the same time that Marxism is being taught to our children is not a coincidence. It is an outright attack. Bring back manly men.”

The tweet has racked up more than 74,000 likes. Its most liked response, from actress and filmmaker Olivia Wilde, has over 58,000 likes, and reads. …

Gun sales expected to set new records if Biden is actually president
Next Post
Obama to Trump on conceding election: ‘Think beyond your own ego’