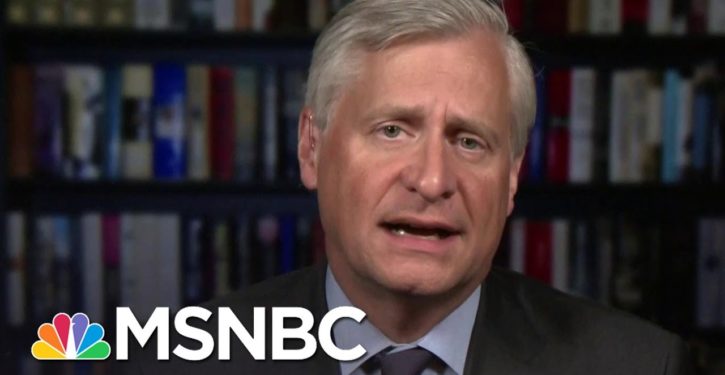 [Ed. – This is crazy. He helped Biden draft his speech on Sat night, without disclosing that fact to the audience (or anyone?), then reacted to the speech live on the air as a paid MSNBC contributor. Let me guess — he liked it? —Megyn Kelly]

Presidential historian Jon Meacham was reportedly let go as an MSNBC contributor after he apparently failed to disclose to the network that he was a speechwriter for President-elect Joe Biden, including the victory speech he gave on Saturday night.

Sources told The New York Times that Meacham had been “playing a larger role than was previously known” behind the scenes, “both writing drafts of speeches and offering edits on many of Mr. Biden’s big addresses, including one he gave at Gettysburg last month and his acceptance speech at the Democratic National Convention.”

Biden campaign press secretary TJ Ducklo told the Times, “President-elect Joe Biden wrote the speech he delivered to the American people on Saturday night” but that “given the significance of the speech, he consulted a number of important, and diverse, voices as part of his writing process, as he often does.”

Only 56% of Biden voters say they were voting FOR Biden
Next Post
Sidney Powell makes explosive voter fraud allegation: ‘They had this all planned’