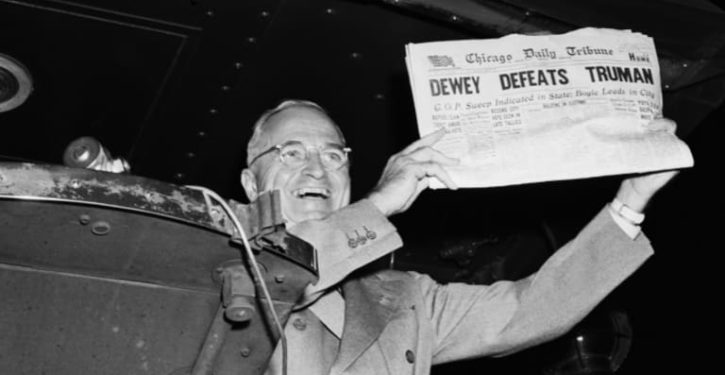 [Ed. – The arrival of Big Tech only further complicates the problem.]

More or less unnoticed for decades, the media habit of “calling” elections — presidential or otherwise — is not only a betrayal of the democratic process, it’s become a leading factor in a new form of post-modern fascism in which we apparently are living.

On the morning of Nov. 7, while President Donald Trump was off playing golf, CNN, NBC, ABC, CBS, The Associated Press, and USA Today — virtually in unison, as if operating on some sort of pre-arranged cue — all made the call for Joe Biden, with Fox News joining them all of 10 minutes later.

It was like Pravda and Izvestia working together for what they assured the Soviet public was their own good.

Moments after that, horns were honking with joy and people dancing in the streets from Los Angeles to New York.

After all, the witch was dead. Which old witch? The orange witch!

Biden’s rhetoric is about restoring order, stability. His transition agenda says otherwise
Next Post
Democracy will beat the race identitarians