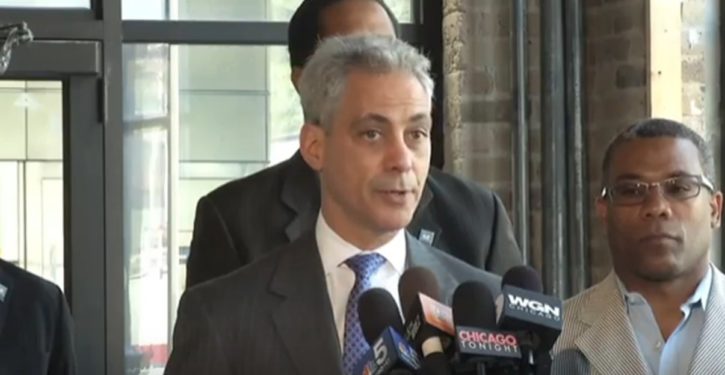 [Ed. – Slay the man with the magic wand, go back to taunting the unemployed.]

If anyone thought Democrats were going to learn any lessons from their unexpected failures on Election Day 2020, especially in the House, Senate, and state delegations, think again. Oh, who am I kidding. No one actually thought they would.

Rahm Emmanuel appeared on NBC News to give some sage advice to all the people who are about to lose their jobs if Biden wins the presidency, though he doesn’t admit that’s going to be the cause.

Why, all you peons should just go learn to code.

On ABC, Rahm Emanuel literally says a Biden White House should tell people laid off from retail stores like JC Penney to learn to code.

He actually said this. Amazing. pic.twitter.com/xlSnVi7445