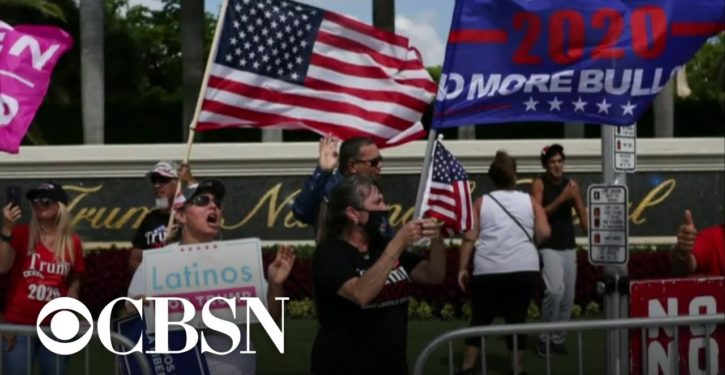 [Ed. – Who gave you permission to think for yourselves?]

Not only did President Donald Trump win Florida — contrary to the expectations of the perpetually chastened pollsters — but as of Wednesday morning, it looks like he won it by a slightly larger margin than he did in 2016 (51 percent versus 49 percent). This time he had significantly more support from the Latino community: The president improved his raw vote total in the pivotal Miami-Dade County, likely because he captured a larger share of the Cuban American vote.

“Hillary Clinton won the county by a 30-point margin in 2016,” notes Vox. “With 86 percent of precincts reporting, Biden’s lead had shrunk to just 9 percentage points in Miami-Dade County, and Trump had improved his margins among precincts in the county, where Cubans make up more than a quarter of the electorate by nearly 14 points.”