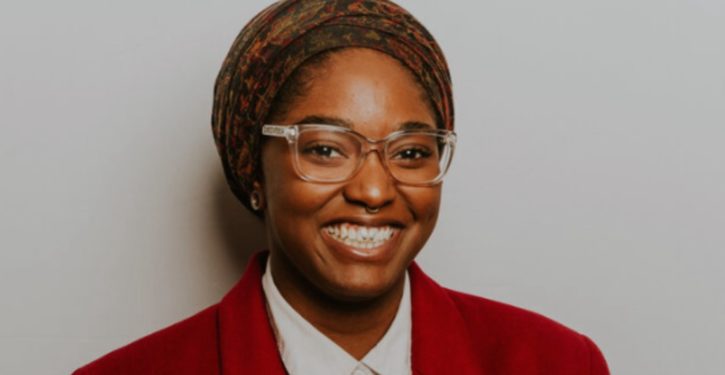 [Ed. – This instance of the human species is a (presumably) walking identity-privilege grand-slam.]

Mauree Turner was elected to the Oklahoma state legislature on Tuesday, making history as the first openly nonbinary state lawmaker in the nation, according to the Washington Post.

Turner beat out Republican challenger Kelly Barlean to represent Oklahoma’s 88th District in the State House, according to the Birmingham Times, a solidly Democratic district that includes Oklahoma City.

Turner, a criminal justice advocate, easily won 70 percent of the vote, according to the Post.

“Of all the states to achieve a milestone political moment for non-binary people, few would have thought it would be Oklahoma, where there are so few LGBTQ elected officials,” Annise Parker, president & CEO of the LGBTQ Victory Fund, said in a statement.” But Mauree ran a tireless campaign focused on the issues that matter to their district while also being authentic and open about who they are.”

Nevada GOP refers more than 3,000 cases of alleged vote fraud to DOJ
Next Post
Election 2020: This IS the fight you were appointed for