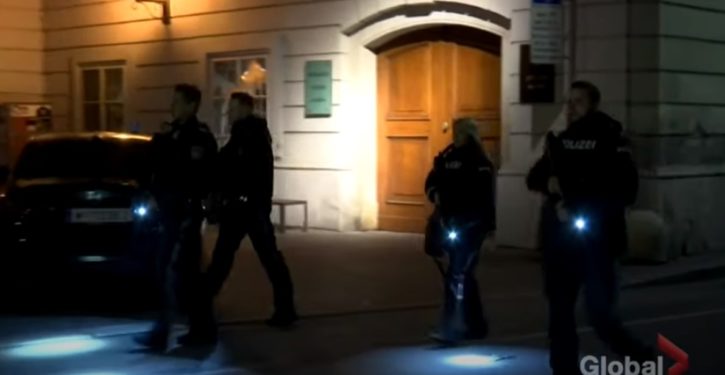 [Ed. – Although it appears the shootings are all in the central part of the city, media reports have consistently been saying there are multiple shooters and “6 locations.”  Apparently it isn’t clear that the synagogue near one of the first locations was being specifically targeted.  One victim is dead, along with one shooter.  The police were still engaged in tracking down shooters at 11 PM in Vienna.  This is being called a terrorist attack.]

Two people including one attacker were killed in central Vienna on Monday evening in what Austrian Chancellor Sebastian Kurz described as a “repulsive terror attack”.

Police said there was “one deceased person” and several injured, including one police officer.

Meanwhile, one suspect was “shot and killed by police officers,” Vienna police said on their Twitter account. …

Vienna Mayor Michael Ludwig told local media that 15 people had been taken to hospital, of whom seven were seriously injured.

The attack had been carried out by “several suspects armed with rifles”, said police, adding that there had been “six different shooting locations”. 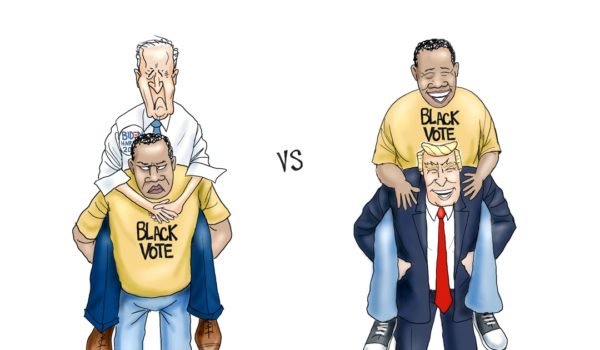 Cartoon bonus: The black vote
Next Post
Lawsuit says disabled rights being violated by use of riot control agents at riots