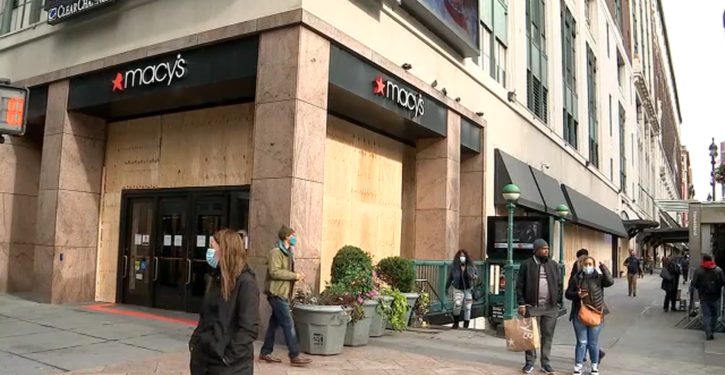 Manhattan business owners including Chanel and Levi’s boarded up their storefronts with plywood on Friday afternoon — as the NYPD warned of potential unrest as the presidential election draws near.

Workers at retail shops in Soho, which were targeted by looters during unrest this summer, as well as shopkeepers near Washington Square Park were nailing up the wooden panels Friday afternoon.

Police had warned shopkeepers in neighborhoods that are usual protest hotspots to take extra precautions before the election, a police official said.

“The NYPD talked to many segments of the business community this week and advised that businesses in or in the area of location that have historically been protest targets, Washington Square and Union Square for example, and gave them advice to take extra precaution,” the official said.