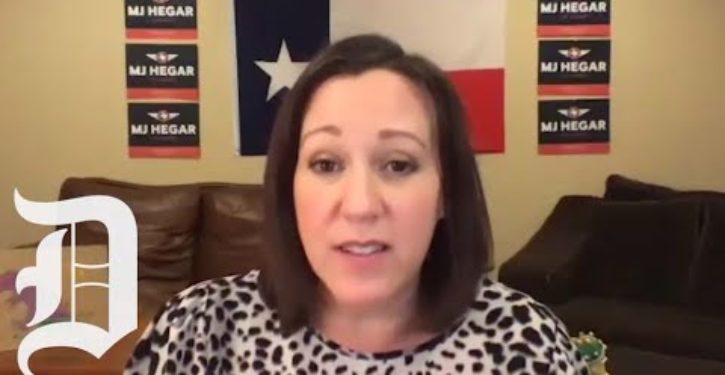 Texas Democrat MJ Hegar’s bid to unseat Republican incumbent senator John Cornyn will be without the support of her own mother-in-law, who says she would “never vote” for Hegar because “she is not a good person.”

Patricia Heiman, the mother of Hegar’s husband Stephen Hegar, took to Facebook in the race’s final weeks to warn voters against supporting the Democratic Senate candidate, specifically pointing to Hegar’s failure to lend a helping hand to her three step-children after their home was burned down in a fire earlier this year.

“I know her personally and she is not a good person,” Heiman wrote. “I know that sounds like a spiteful mother-in-law but I speak on behalf of my son’s three other children that they do not see.”

MSM won’t report on Hunter Biden scandal, but they WILL report on ‘evidence’ that it’s bogus
Next Post
‘Thousands’ of voters in one Pennsylvania county claim not to have received ballots