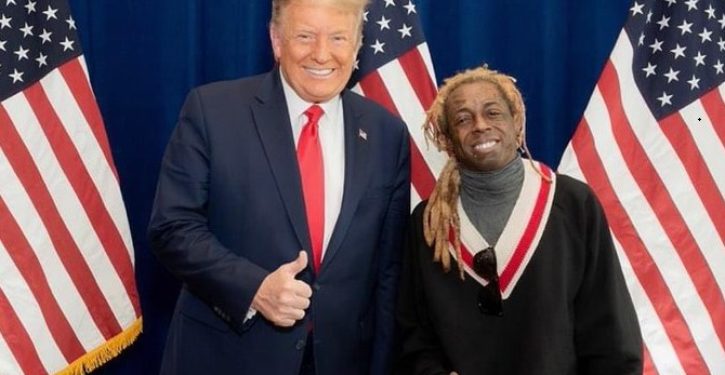 Thursday the rapper tweeted support for President Trump’s proposed economic strategy for black Americans, The Platinum Plan, and included a picture of himself smiling next to the president.

As of this writing, Ms. Handler has not publicly reminded Lil Wayne of her definition of blackness or offered him the privilege of banging a 45-year-old white Thot. It appears Ms. Handler has left the scolding of Lil Wayne to her former black f–k boy 50 Cent. The G-Unit rapper who drew Handler’s rebuke for bashing Joe Biden’s tax plan tweeted disapproval of Wayne’s photographed embrace of Trump.

I don’t have a problem with Thots — white, black or brown. My problem is with liberals, particularly white ones, who attempt to control and limit the thoughts, actions and power of black people.

What a Biden administration should look like if he wins
Next Post
Prince Harry admits unconscious bias. Can others too?