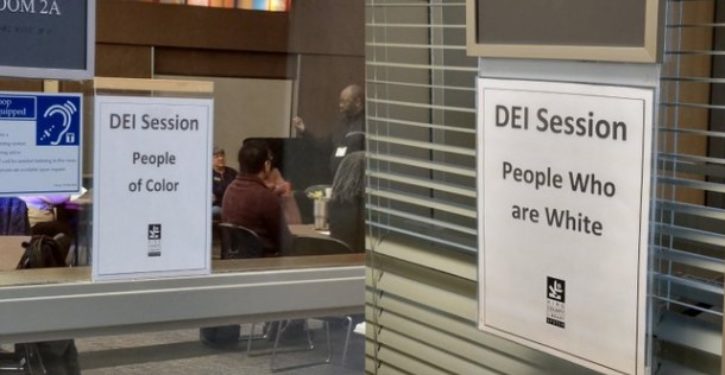 A library in Washington state denied allegations of racial segregation after a bizarre photograph of its race-sensitive training went viral on social media.

“KCLS has recently been accused of holding a ‘racially segregated training program.’ KCLS denies these allegations,” the statement read.

Christopher Rufo, director at the Center on Wealth & Poverty at Discovery Institute, noted the controversial training session on his social media account. The photograph showed signs segregating participants by race.

King County Library System said that the “listening sessions” were mandatory but were not racial segregation.

How Trump’s ‘likability’ is, and is not, a problem in 2020 race
Next Post
Here are the differences between ‘Bidencare’ and Donald Trump’s health care plan