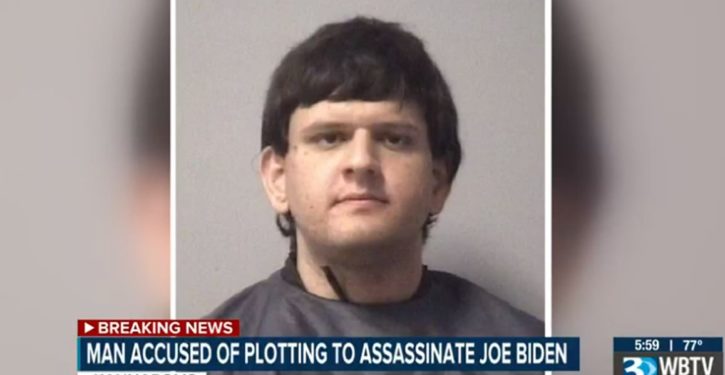 An order filed in federal court earlier this month outlines the plans by a man identified as Alexander Hillel Treisman, who also used the alias Alexander S. Theiss. Treisman is originally from the state of Washington, Kannapolis Police have said. …

According to the order, Treisman was arrested in late May, after employees at a bank in Kannapolis called police to investigate a white van that had been left in the parking lot.

“Through the windows, KPD officers observed an AR-15 style rifle, a box for a Taurus .380 handgun, a cannister of the explosive material Tannerite, and a box of 5.56 caliber ammunition,” the order said …

The order said agents found child pornography on eight different electronic devices, along with other pictures and posts related to plans and ideas for possible terrorist acts, including the following: