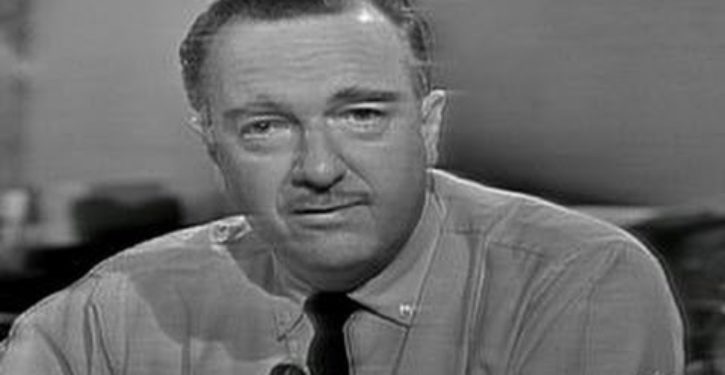 [Ed. – Hanson recalls the ‘good old days,’ when the press at least went through the motions of objectively reporting the news.]

Some yearn for the ancient monopolistic days of network news, the adolescent years of public radio and TV, and the still reputable New York Times — when once upon a time the Left at least tried to mask their progressivism in sober and judicious liberal façades.

An avuncular Walter Cronkite, John Chancellor, Jim Lehrer, or Abe Rosenthal at least went through the motions of reporting news that was awkward or even embarrassing to the Left. … [E]ven during the Obama years, when studies showed the president had received the most slanted media honeymoon in news history, overt media bias was, at least, as hotly denied as it intensified. …

What ended liberal dissimulation about slanted reporting is a new pride, or rather an arrogance, about bias itself. The new liberated defiance is something like, “We are biased. Damn proud of it. And what exactly do you plan on doing about it?”