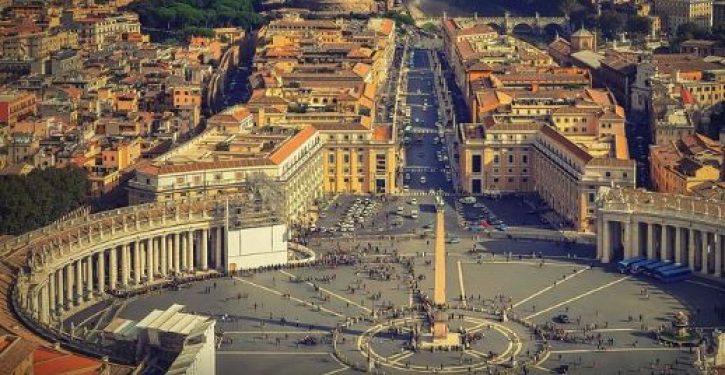 Italian journalist Fabio Marchese Ragona has a new book out that reveals that Eugenio Pacelli who became Pope Pius XII – regarded by many as an anti-Semitic Nazi sympathiser – actually performed exorcisms ‘from a distance’ on Adolf Hitler.

Interviewed by Edward Pentin for the National Catholic Register, Ragona, above – author of My Name Is Satan — Stories of Exorcisms From the Vatican to Medjugorje (published in Italian) – said:

I have found archival documents with sworn testimonies of the people closest to Pius XII. In the book I recall Sister Pascalina Lehnert, the Pope’s former governess, who revealed how much Pope Pacelli was doing everything he could to stop Hitler’s madness and for this reason, in addition to praying, the nun said, the Holy Father also performed exorcisms on the Führer in his private chapel in the presence of the nuns.