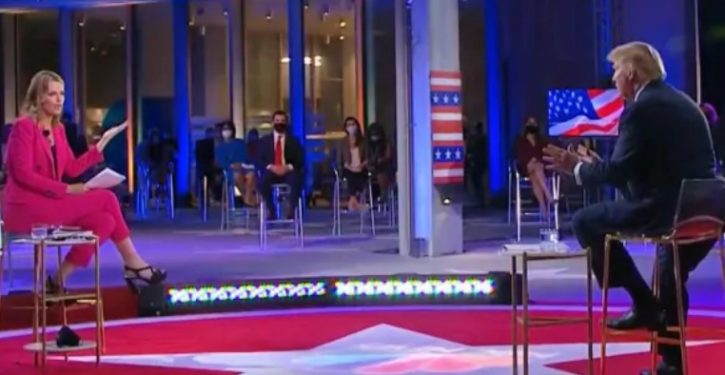 [Ed. – Like the Democrats they shill for, the media have remained dutiful to destroying Trump throughout his first term.]

Behind the scenes, there was anger, even before the first question, but this time it wasn’t from President Trump.

NBC employees seethed that they had agreed to host a Trump townhall in the same hour that ABC was hosting a similar Biden event. It was counterprograming, they complained, a clear attempt by the incumbent to force a split-screen moment and pull the eyeballs of the electorate away from the Democratic challenger.

They were not alone, and others went public with that sentiment. Actors and producers and on-air talent put their frustration to paper in an open letter to NBC asking the network to “air the president’s town hall either before or after Joe Biden’s so that American voters can have the opportunity to watch both.”

NBC executives didn’t budge. But while Trump got half the national spotlight, Savannah Guthrie made sure he paid for it with sharp questions that kept coming. …

Open thread (10/16/20)
Next Post
Biden: An 8-year-old should be able to decide if he or she wants to be a transgender 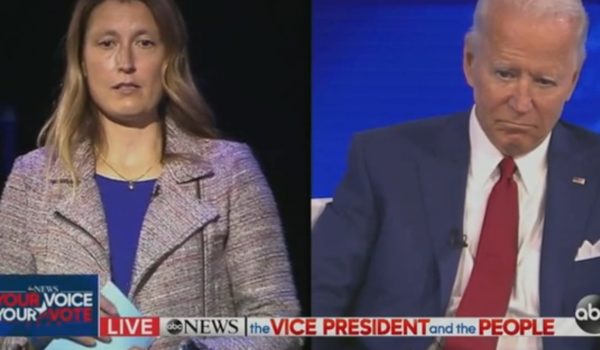