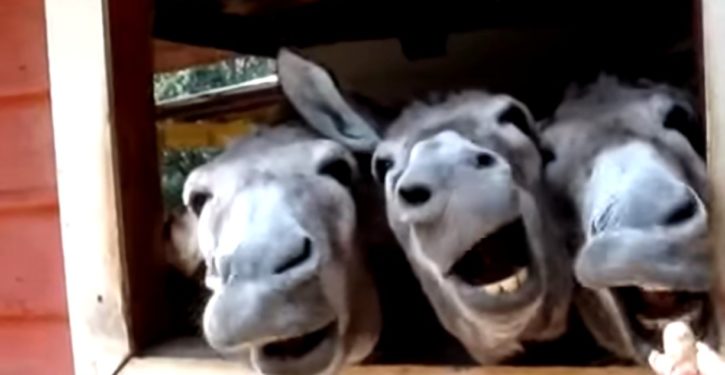 [Ed. – This is naturally being touted as a sign of mass enthusiasm.  But the issue of the “small donors” being thousands of unemployed people, who somehow have $500 to $2,700 to donate through ActBlue, has been remarked before.  Some skeptics suggest the money is being funneled in from overseas.  But there is no reason why it would have to be.  It could just be funneled through Americans making online donations – with someone else’s money.  By the time the scheme was figured out, we’d be halfway through the next presidential term.]

The Democratic fundraising organization ActBlue reported on Thursday that it collected $1.5 billion on its online platform from July to September, the most it has ever raised in a quarter.

By comparison, WinRed, a major Republican fundraising platform, said on Monday that its platform collected $623.5 million in the third quarter.

The Democratic sum includes donations made to several groups and political candidates as well as the presidential campaign of former Vice President Joe Biden, who looks poised to head into the closing weeks of the race with a financial advantage.

Timing: House Republicans ask if FBI had Biden laptop during impeachment proceeding
Next Post
Netherlands prepares to expand euthanasia to children under 12