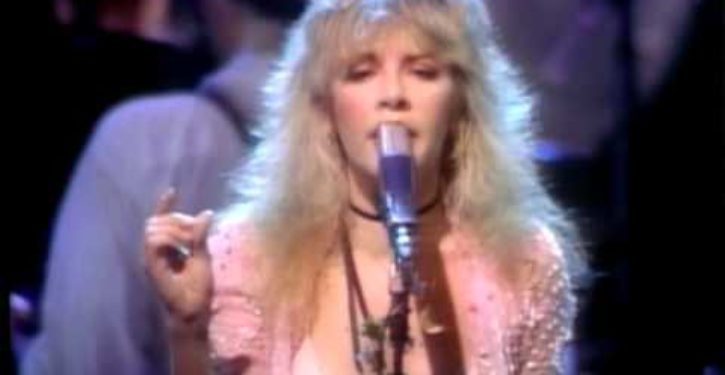 [Ed. – Something tells us she’s already there.]

Rocker Stevie Nicks is contemplating leaving the United States if President Donald Trump wins re-election, saying that she is considering an extraterrestrial existence.

“And I’m thinking: Oh, space. Maybe I can talk Elon Musk into giving us a jet and letting me pick 50 people,” she told Variety in an interview to promote her new single “Show Them the Way.”

On Friday, Stevie Nicks released the music video for the new single. The music video, which was directed by Almost Famous and Jerry Maguire filmmaker Cameron Crowe, repeatedly juxtaposes images of Black Lives Matter protests with the civil rights marches of the 60s. The video also pays homage to the late Justice Ruth Bader Ginsberg.

Stevie Nicks didn’t mention President Trump by name in the Variety interview, but she unmistakably referred to the Trump administration throughout the conversation.