[Ed. – This is a different guy from the one who hates Trump and rants in front of an Anarchist flag.  This one was pardoned and released on felony charges by Delaware’s Democratic governor.]

Interestingly enough, 44-year-old Barry Croft, from Delaware, is a criminal. It turns out that in April 2019, Democratic Gov. John Carney pardoned Croft “for the possession of a firearm during the commission of a felony, assault and burglary,” Delaware Online reported. …

Delaware Online, however, detailed other aspects of Croft’s criminal past:

Court records indicate Croft was arrested multiple times from 1994 to 1996. During that period, he pleaded guilty to several charges including third-degree burglary, attempted theft, receiving stolen property, third-degree conspiracy and third-degree assault, according to court dockets.

In 1997, he was charged with reckless endangering and possession of a firearm during the commission of a felony. He pleaded guilty to only the firearm charge in that case. 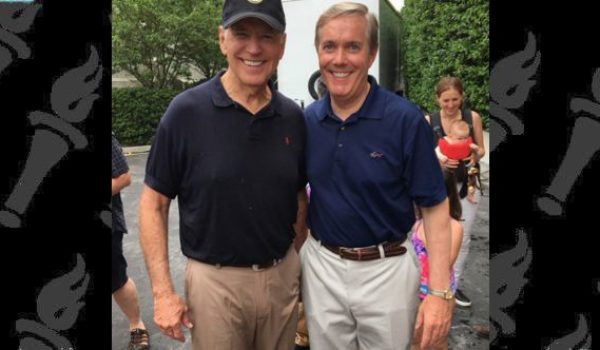