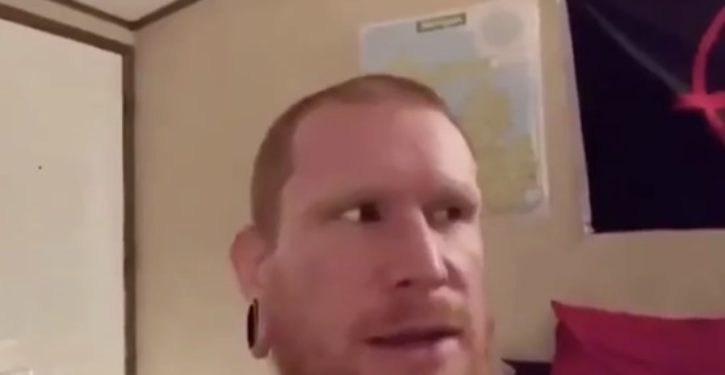 [Ed. – He doesn’t exactly sound like a Trump disciple, does he?]

One of the militiamen accused of plotting to kidnap Michigan Gov. Gretchen Whitmer railed that President Trump was a “tyrant” and called all government workers “your enemy.”

“Trump is not your friend, dude,” Caserta says, with an anarchist flag hanging behind him. “It amazes me that people actually, like, believe that when he’s shown over and over and over again that he’s a tyrant. Every single person that works for government is your enemy, dude.”

He also ranted about “getting robbed by government thugs for some made-up traffic violation” after receiving a traffic ticket.

Caserta’s alleged views surface amid Democratic presidential nominee Joe Biden and Whitmer both blaming Trump for inspiring the sick scheme, as they claim he failed to denounce white supremacy and extremism in the US.

It’s not 2016: Nervous Dems should get over themselves
Next Post
‘This is not about Trump,’ Pelosi says of commission to oust president