[Ed. – This is the third who espoused views or affiliations not associated with the “white supremacist right wing” said to be behind the kidnapping plot.  (Two have video trails online exhibiting Anarchist links.)  The convicted felon pardoned in Delaware last year — a fourth conspirator — doesn’t seem to have a traceable record of political links so far.]

Yet another one of the conspirators indicted in the plot to kidnap Michigan Governor Gretchen Whitmer has turned out to be an anarchist and this time is an identified Black Lives Matter, Inc.™ supporter.

If you’re keeping book, that now means at least three of the six men indicted by the federal government for the frightening conspiracy to kidnap the governor from her vacation home are avowed anti-Donald Trump anarchists and at least one is a BLM protester. When half the conspirators rolled up by the feds are anarchists, this is what you might call a pattern.

The BLM connection comes from no less than The Washington Post, which buried the lede of its own story by headlining its piece, “Accused leader of plot to kidnap Michigan governor was struggling financially, living in basement storage space” …

One of alleged plotters, 23-year-old Daniel Harris, attended a Black Lives Matter protest in June, telling the Oakland County Times he was upset about the killing of George Floyd and police violence. 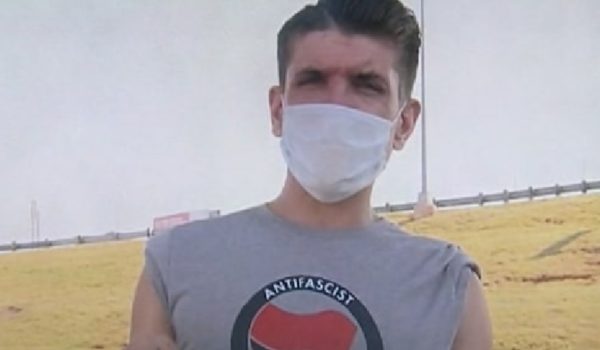