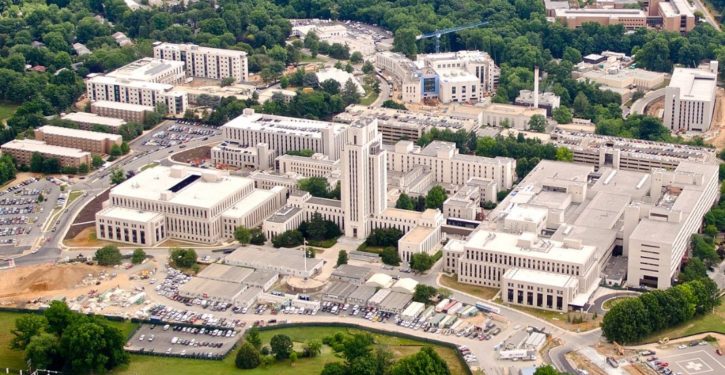 [Ed. – Norms? Like how soon it’s OK to wish the president dead or joke about wishing the virus well, as some clever sorts did?]

From John F. Kennedy, Jr., saluting his father’s coffin to George W. Bush speaking into a megaphone at Ground Zero after 9/11 to a tieless Barack Obama sitting in the White House Situation Room watching updates during the raid to kill Osama bin Laden, all Presidencies are associated with iconic images. Until the past forty-eight hours, who could have imagined that one of the most indelible images of Donald Trump’s tumultuous Presidency would be of him walking slowly to Marine One, taking off from the White House, and being flown … to Walter Reed National Military Medical Center?

On Friday evening, that was what millions of Americans saw when they turned on their televisions to watch the news. After the military helicopter landed at Walter Reed, Trump could be seen giving a quick thumbs-up to the two pilots and walking down a ramp to a waiting limousine. …