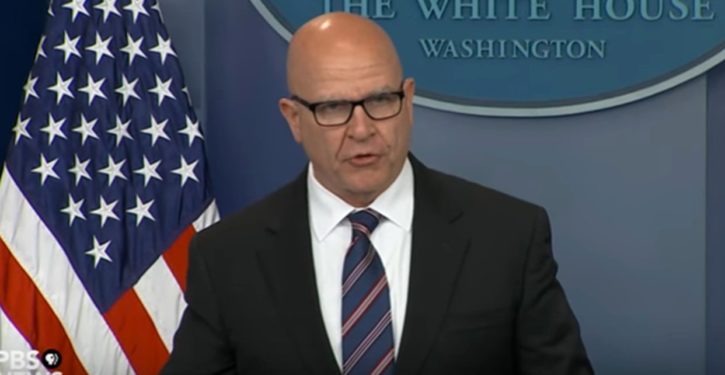 [Ed. – If you’re logic-directed, it’s a real curiosity why it isn’t therefore also “aiding and abetting Putin” when Democrats allege that Republicans are trying to suppress and distort the vote.  But then, Trump’s certifiable opponents aren’t logic-directed. They’re wholly id-directed, and their ids are in year five of a dangerously extended tantrum.]

The stern warning from McMaster, who Trump handpicked to lead the White House National Security Council in 2017, came in an interview on MSNBC, after he was asked whether he agreed that the president posed the greatest threat to U.S. election integrity.

“I agree that he is aiding and abetting Putin’s efforts by not being direct about this, right? By not just calling out Putin for what he’s doing,” McMaster said. …

McMaster was referring to the president’s complaints about mail-in balloting and claims of widespread voter fraud in the closing months of the general election campaign. Trump has repeatedly said Democrats are sending millions of “unsolicited” ballots to Americans and that the outcome of the election may not be known for months, if it is ever determined.