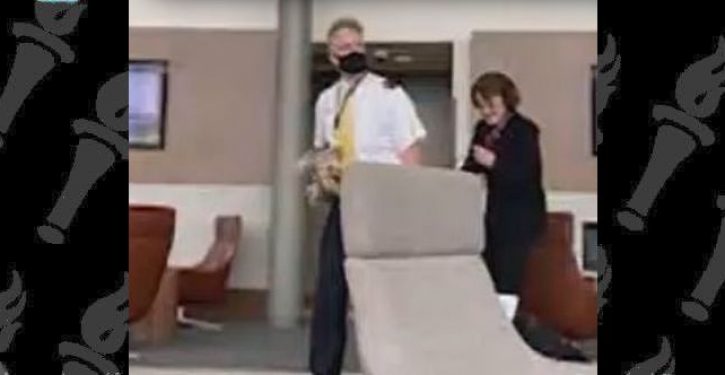 Senator Dianne Feinstein has been branded a ‘hypocrite’ after being pictured walking inside a Washington DC airport terminal without a face covering on – just months after she called for a national mask mandate for all airlines and airports.

The maskless California Democrat was caught on camera traversing her way through a private terminal at Dulles International Airport on Friday, with the images first aired by Fox News’ Tucker Carlson on Monday night.

Feinstein, 87, previously penned a letter to the Federal Aviation Administration and Federal Transit Administration on June 30 to institute mandatory mask mandates throughout airports, on airplanes, and on public transit across the country.

‘In the photographs, Feinstein can be seen smiling without a mask on. One might even say she’s sowing confusion about whether or not masks are necessary,’ Carlson mused in the segment Monday.

Pelosi: Trump ‘is trying to have the U.S. Constitution swallow Clorox’ … whatever that means
Next Post
Top House Republican calls for probe of source of NYT Trump tax documents