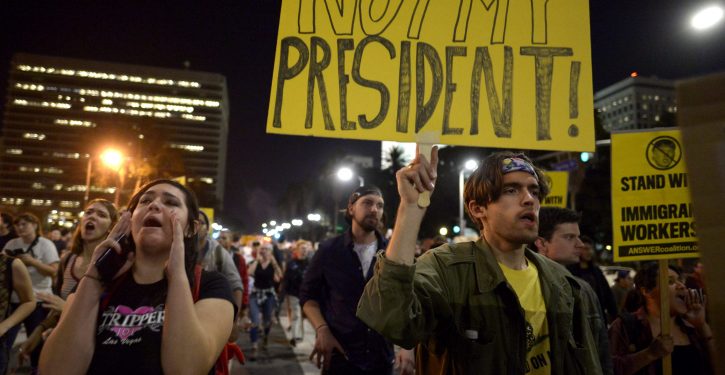 Protesters march through downtown along Spring Street during a protest against President-elect, Donald Trump, Wednesday, Nov. 9, 2016 in Los Angeles. A day after Trumps election as president, the divisions he exposed only showed signs of widening as many thousands of protesters flooded streets across the country to condemn him. (Keith Birmingham/The Pasadena Star-News/SCNG via AP)

[Ed. – CNN reports this in a matter-of-fact unemotional way. Imagine how incensed the network would be if this was the ‘greeting’ Joe Biden received from Republicans.

President Trump and first lady Melania Trump arrived at the Supreme Court to pay their respects to the late Justice Ruth Bader Ginsburg, and were met with boos and chants of “Honor Her Wish.” People could also be heard chanting “vote him out.”

Ginsburg is lying in repose at the court today. Tomorrow, she’ll lie in state at the US Capitol.

Trump at the court as crowd chants “vote him out” — it’s rare for this President to see his opposition this up-close and in-person pic.twitter.com/VEVkRHOkjM 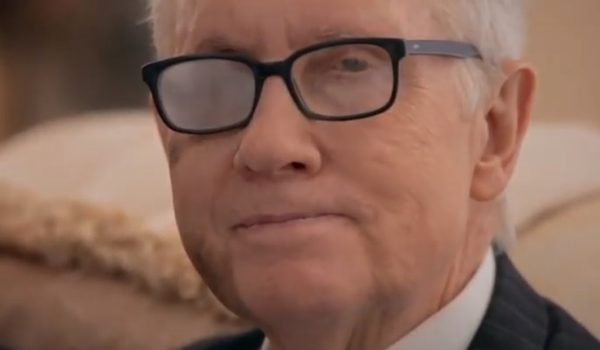 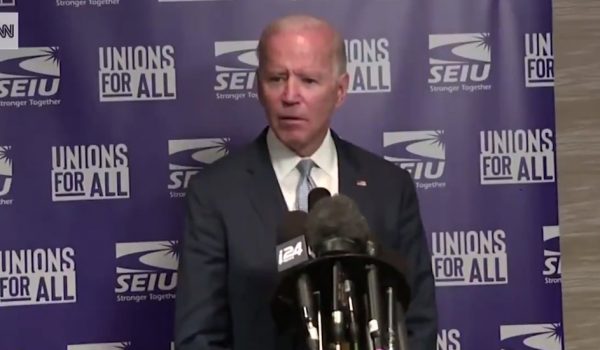