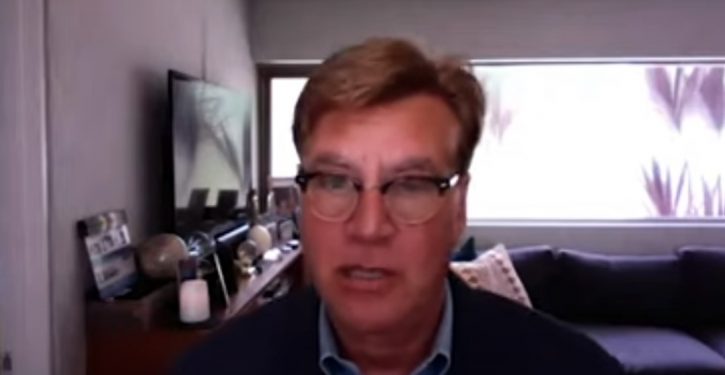 [Ed. – The Hill excitedly reports on this meaningless, itch-scratching froth.]

The “West Wing” creator was asked Tuesday during a virtual chat as part of the San Sebastian Festival how he would write the way the White House race ends on Nov. 3.

“If I was able to romanticize the whole thing, here’s what would happen: On election night, Donald Trump would do what we all assume he’s going to do, which is not concede defeat, claim that the election was rigged, claim that the Democrats cheated, all of that,” Sorkin said. “The nightmare scenario that’s never happened in this country — we’re very proud of our peaceful transfers of power that have been going on for 240 years,” he added.

“However, for the first time since the man was sworn in, Republicans, his enablers, his apologists, march up to the White House and say, ‘Donald, it’s time to go. You will not ruin this country. You will not start a civil war,’ ” the screenwriter continued.

Face facts: ‘Black Lives Matter’ is all about hate
Next Post
Meghan Markle has ‘serious ambitions’ to run for U.S. president